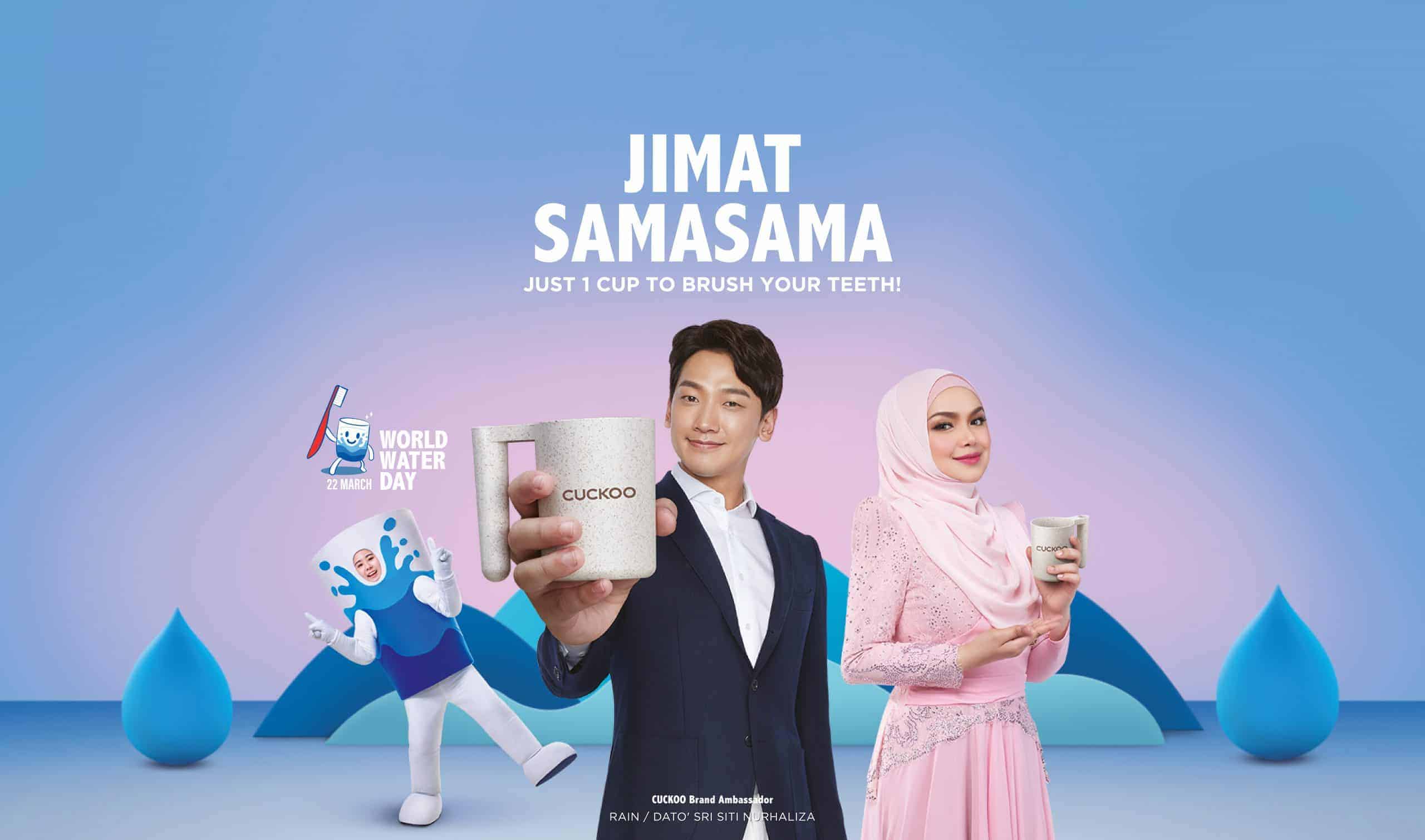 “Following two successful years, we are pleased to bring our water-saving campaign back for the third time this year. As a Healthy Home Creator, we believe that it is also important to educate and encourage Malaysians to show greater appreciation for water and practice better water management habits at home, especially when access to quality water can be scarce to some. Through the campaign, we hope to inspire Malaysians to start saving water from something as simple as brushing our teeth with just one cup,” says CUCKOO founder and CEO, Mr Hoe Kian Choon.

Together with the support of CUCKOO ambassador and Korean Pop artist, Rain, the campaign calls on Malaysians to cultivate better water-saving habits by brushing their teeth using only one cup of water. The public is also invited to show their support and commitment by pledging online through
the campaign microsite at www.cuckoo.com.my/worldwaterday2020. The public can also access the microsite from any CUCKOO Brandstores or Brandkiosks nationwide to pledge.

Public are also further encouraged to share the World Water Day video produced for the campaign online, with the campaign hashtags: #JIMATSAMASAMA, #WWD2020 and #Just1Cup, inviting others to be part of the movement for better water conservation habits.